What Does 420 Friendly Mean? 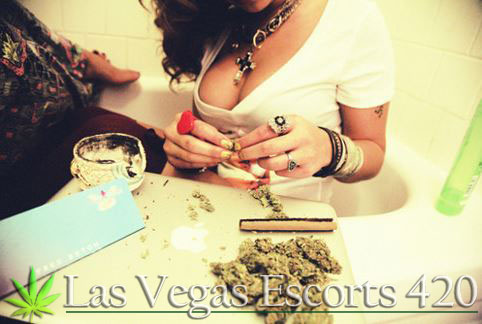 Good news everybody! Nevada (and with it, Las Vegas) has legalized recreational marijuana. That's right! You can finally purchase up to an ounce of weed from one of the many dispensaries throughout the state. Of course, you can't just light up and enjoy it on the spot (there are still plenty of rules in place). At 420 Friendly Escorts we are here to help you enjoy your pot experience, regardless of what kind of history you have with it. So we've got some important answers to your 420 friendly questions.

420 is another reference to marijuana. Generally, it references the 20th of April, which has become a major "weed holiday" of sorts, as millions of people throughout the country partake in a bit of (or a lot of) marijuana. However, there is more to 420 than just it meaning marijuana.

There are all sorts of rumors and myths circulating around regarding the origin of 420. Most (if not all) are completely false. Some say 420 is in reference to the chemicals found in marijuana. That is false, as there are 325 chemicals in weed. Others say 420 is the police radio code for pot. That isn't true either. In Las Vegas, 420 is the radio code for a homicide.

In reality, it comes from something a bit more unusual (or in reality, something many high school kids did at the time). A group students attending a Marin County, California high school in 1971 would regularly meet in front of a statue of French scientist Louis Pasteur at 4:20 in order to smoke. In order to notify others of the meetup, the kids would say "Louis 420." The term became slang, and while the name "Louis" was dropped, 420 has become connected with the smoking of pot ever since.

The high school kids in Marin County started their saying in 1971, yet April 20th didn't become "pot day" until much later. The exact cause behind how it started isn't exactly known, although many claim the Greatful Dead started it, along with the Deadhead followers of the band. As the Greatful Dead maintained a large group of traveling fans, the idea of 420 spread throughout the country because of it. So, if anyone tries to tell you its the police code, you can tell them that's not true at all. Neither New York City or Los Angeles had (at the time) a 420 code, and the 420 code in San Francisco had nothing to do with drug use.

If someone says they are 420 friendly, it means they are cool with the consumption of marijuana. It doesn't necessarily mean they will use it along with you, but they have no problem with it (although chances are they are totally down with enjoy it with you). So, when you book a 420 friendly escort, she may just chill with you using it, or she might join on in. As is the case with most dates, it depends on how your girl is feeling and if she's up for it at the time.

Now, when looking for lodging and locations to enjoy your marijuana, you're going to need to know the meaning of 420 friendly and how to identify it. Currently, there are not a ton of options in the city. In fact, casinos are not currently able to accept marijuana usage as it current state laws prohibit the use of marijuana and gambling. This likely will change in the future, but it will require some law adjustments, which means it will be a slow process more than likely. The same is currently true with hotels. Instead, if you are looking to enjoy your marijuana at your room, you'll want to look for an Air BnB that is 420 friendly. As this is a person's private establishment they will be more inclined to allow you to smoke up. Just make sure to look for this before booking any room, otherwise you put yourself at risk of major fines.

As you can see, the term "420" has a rather interesting history. Thankfully in Las Vegas, that term is going to continue onward as a reference to legally using marijuana. In the coming months and years, you can rest assured additional services will come out in order to help you enjoy marijuana that much more. For the time being though, make sure to keep coming back to 420 Friendly Escorts for the latest on all things Las Vegas marijuana (and beautiful women, of course).