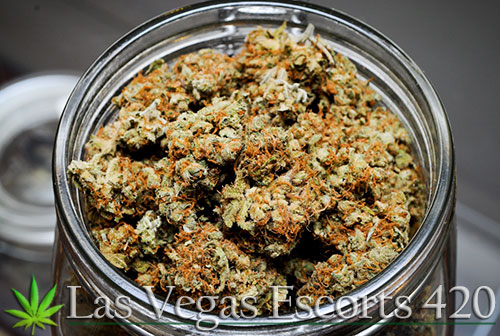 Are you someone who just loves pot? Maybe you're just curious as to its history? Perhaps you've never even tried it, but now that you can mix weed and escorts in Las Vegas you're suddenly interested. Whatever the reason, we've got all the fun facts about weed and weed culture right here for you.

How Old is Pot?

This is up for some debate. The DEA Museum in Arlington, Virginia has information referencing the use of marijuana dating back to 2727 BC by Chinese Emperor Shen Nung. Of course the problem with this information is that the time frame Shen would have been emperor is close to 260 BC (just a 2500 year discrepancy), although some historical documents might have been incorrectly labeled. However, the Taiwanese did use hemp around the year 8,000 BC, so it's possible between now and then the Chinese did decide to try and smoke it. Obviously at some point someone looked at the plant and wondered if they could "smoke this too?"

Are Men and Women Different?

Did you know men and women may experience the effects of smoking weed differently? It's true, according to a 2014 study released in the Drug and Alcohol Dependence journal, researchers at Washington State University found that female rates became more sensitive to the painkilling attributes of marijuana, but also developed stronger tolerances for pot as well. This, researches found, was due to a higher level of estrogen in their systems, which had an affect on how marijuana affected their body (they also became more sensitive to pot during ovulation).

You know the giant head statues on the remote island of Easter Island (the statues are actually full body, just the rest of the bodies are commonly found buried up to the chin)? Well many believe the use of hemp fibers as rope were used to carry the 9,600 pound statues from the centrally located quarry out to the shores of island.

If you have been using marijuana for some time, you've probably been through the ringer in terms of buying marijuana (don't worry, we won't say anything). But did you know the very first thing ever bought and sold online was a bag of weed? Yes, predating Amazon, eBay and other modern Internet stores, Stanford University students (outside of San Francisco, naturally), used an early version of the Internet in 1971 to set up the transaction of pot.

No, Tupac is not alive on an island, hanging with Elvis. He died. However, after his death, he was cremated and his ashes were mixed with pot and then smoked by his close friends. A bit cannibalistic in nature, but authentic Tupac weed probably went for a pretty penny (if anyone decided to sell it).

The Most User Friendly Pot country Is...

Yes, you can get government weed now in the United States, but guess what the most user friendly pot country is? And no, it's not Jamaica. It's Iceland, as over 18 percent of the population uses cannabis.

Well, the plant isn't, but the original name of it is. Up until the 1930s, marijuana went by a few names, but it all came from the hemp plant. However, the head of the Federal Burea of Narcotics in the U.S. started calling the plant "marihuana" as a way to connect the plant with Mexican immigrants (the spelling eventually went to a "j" instead of an "h" as J in Spanish makes an H sound). Of course, Mexico does grow the most pot, so there was a connection between the plant and Mexican immigrants. The government just wanted to make sure it was obvious.

Ever Wonder How Did 420 Come About?

Thankfully, we've already got a full blog post about that very subject! So if you want to learn more about pot, how 420 came about and everything else regarding Las Vegas weed, make sure to keep it right here and check out the other blog posts we've got cooking up for you!

Whether you've been looking for the right High Times vacations and have finally decided to check out Las Vegas or the history of just about anything interests you, there is a rather entertaining history behind weed (and most likely a very interesting future as well). But if you do decide to come out and enjoy marijuana while in Las Vegas, make sure to check us out further. We'll really make sure you enjoy all the benefits of marijuana and escorts, all at the same time.